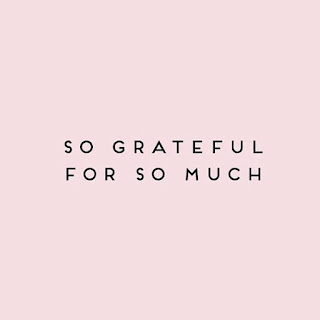 Well I had over 9 hours sleep last night, went to bed at 8pm and my alarm took a couple of minutes to wake me up at half five, thankfully it did, I think I need to up the volume and change the noise, it's too gentle and calm.
Another great morning at the new huddle in Wimborne Road, looking forward to Bloxwich today, my cars going to be serviced and have something done to it today so I'll be getting a lift tonight to work, at least it passed it's MOT, which is good news.
After Alfie and I had a walk and I had a natter with the neighbour, I got to making Sweet Potato wraps, they're are lots of recipes out there but I went for this simple 2 ingredient one
Vegan Sweet Potato Tortillas | 2 Ingredients, Oil-Free – Blooming Nolwenn
I ended up using twice as much sweet potato which meant I need twice as much flour but they worked and I was impressed with the finished wrap.  I would probably add salt and pepper next time.  I had 3 small sweet potatoes which I roasted first to make the mash, skinned them (ate the skin - good fibre) then mashed with a fork and added flour, I had to use flour to roll them too, so that's upped the calories, how she got 5 out of her ingredients I don't know as I only made 5 out of double, but mine were bigger, if you're going to have a wrap - have a big one!  I'd make them again and that's proof they're good! 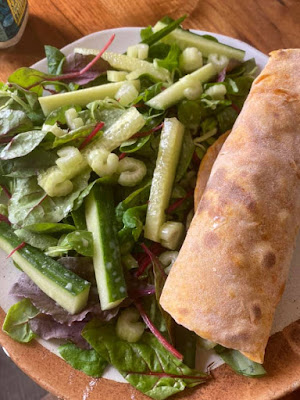 I don't actually like sweet potato but you can't taste them in this so it's a great way of getting them into my diet, why bother?  Sweet potatoes are a rich source of fibre as well as containing an array of vitamins and minerals including iron, calcium, selenium, and they’re a good source of most of our B vitamins and vitamin C. One of the key nutritional benefits of sweet potato is that they’re high in an antioxidant known as beta-carotene, which converts to vitamin A once consumed. Add a drizzle of olive oil just before serving to increase your absorption of beneficial beta-carotene.
Sweet Potato Wraps (vegan)
Feeds 5, 266 Calories each (or make smaller to fit your frying pan for less calories)
They'll keep a couple of days and should also freeze, I've wrapped mine in foil, had a fish finger wrap with salad yesterday, it was bang on!  You can also make them with normal potatoes, a great way to use up any spuds you've got lying about.
I spent the rest of the day watching tele and chilling, enjoying the calmness in my house, being able to sing in Flat B again, drive around in 3rd gear and go to bed at 8 :) I love him really, oh and Alexis you will love those wraps!  I did have a facetime with him yesterday, they got home safe and slept the rest of the day, they were at their friends overlooking the sea getting drunk when we chatted, let's hope he has a few days resting now!
Here's to a busy day, not sure what's on my menu yet, I've got some pork whirls thing in the fridge that need using by 16th, so I might have them, I'm not hungry this morning, might take one of those slimfast shakes with me in my Greggs coffee cup and add some ice, then I'll have more calories for my main meal.
Have a great day, decide now that you're going to!
mwah, luv ya
love me x